Steroids act like the hormone cortisol, which works on our own defense system to reduce inflammation in the body. Because most cells in our body have cortisol receptors, it also affects many other functions: cortisol helps control blood sugar levels and blood pressure, regulates the metabolism, and affects salt and water balance. Decreasing inflammation usually translates into pain relief. Several steroid drugs are FDA-approved to treat osteoarthritis, although there are conflicting reports on which one is most effective. Triamcinolone (Kenalog) is the most consistently regarded as the best type of steroid for knee osteoarthritis. As a general rule, the less wear and tear your joint has, the more pain relief you can expect. Cortisol injections are more beneficial when there is not a lot of knee joint damage; thus, knees with advanced osteoarthritis are less likely to see good outcomes from these injections.

The knee joint is contained within a bag called the capsule. Thus, an injection into any point of the knee will result in diffuse action of the liquid injected, regardless of the needle entry site. The needle needs to enter the capsule in order to take effect. Generally, one to two cubic centimeters of cortisone are used per injection. Every doctor has a different method for injecting steroids. A cold spray is frequently used to numb the zone before the needle is inserted. The most common approaches are:

Superolateral approach (above and outside the kneecap): The patient lies on the table with the knee almost fully or fully extended with a thin pad support underneath the knee to facilitate relaxation. Anterolateral and anteromedial approaches (both below the kneecap, and outside and inside to the patellar tendon respectively): The patient can sit with the knee flexed to 90 degrees for better exposure of the knee, facilitating ease of needle entry into the joint space.

The steroid should start working within a few days. This is important—give it time. You may feel pain relief immediately, even before leaving the office. That is an effect of the local anesthetic, such as lidocaine or bupivacaine, something not all that different from what you would get at the dentist. It will wear off in a few hours, however, usually before the steroid starts working. Sometimes the day after you get an injection, your knee can actually hurt a little worse than before. Be aware of doing too much too soon, so that you do not overdo more than you should immediately following the injection.

Corticosteroid and local anesthetic injections can also sometimes aid in your diagnosis. Nerve endings in the knee are not well trained like the nerves in our fingers, which can recognize almost everything with precision. If the pain is being generated from inside the joint, a complete relief of the symptoms initially should be expected after the injection. If there is no symptomatic relief, other causes of pain should be investigated. If the pain is not relieved by an intra-articular injection, at least initially with the anesthetic, it is most likely coming from somewhere outside the knee joint (skin, muscles, tendons). Your doctor will need to go back and reanalyze the clues to get the correct diagnosis.

Corticosteroids work faster than any other biologic injections, but their effects don’t usually last as long. Icing the knee after the injection and relieving the joint from impact (elliptical, biking, or swimming instead of walking, running, or jumping) have been shown to improve results. Corticosteroid injections are considered safe when given with enough time between each other, at least three to four months apart. It’s possible to have side effects, such as irritation of the joint (redness, warmness, and pain), an increase in blood sugar levels (which should be considered in people with diabetes), and a thinning of the bone structure around the knee (which is rare). If your symptoms do not improve after two injections, other approaches should be attempted. 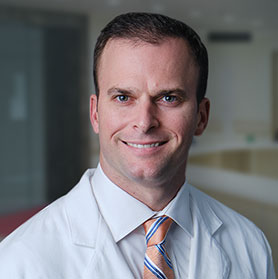 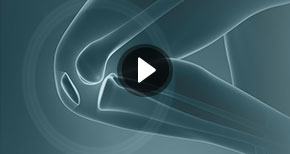